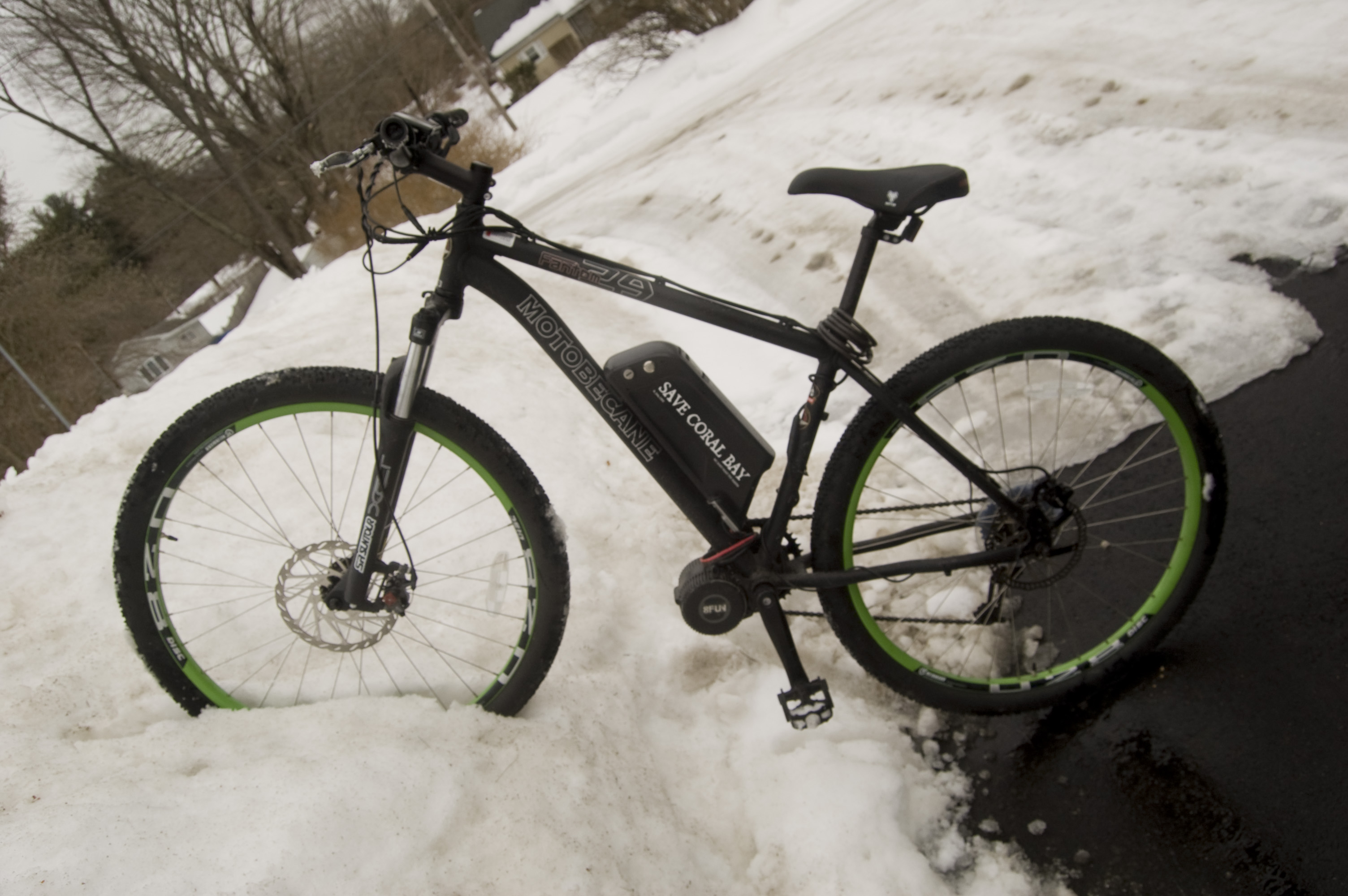 On the third day I made round trips from Cinnamon Bay campground to Coral Bay in the morning, then went to Cruz Bay after dark for dinner at the Lime Inn.  I made a side trip in the morning trip to shoot video of the Trunk Bay hairpin hill, and recorded about 26 miles with the battery meter still showing two or three out of five bars. I don't trust the last two bars to be as good as the first three if it reads like my similar home-built ebike in the states but think most people on this bike at my weight ( 215 and falling this week )  driving on St John can trust a full island round trip.

Went to Pickles for lunch and Connections in Coral Bay to post an ad for the bike.  Here is a MapMyRide for the Cinnamon to Pickles leg 5.8 miles in 36:30 or 9.6 mph.  I was on medium power with a few thumb throttle boosts ln the North Shore Road climb and not working very hard, going around 6mph on the steeper parts there - I get more winded walking that hill than ebiking it!

The Cruz Bay trip was uneventful - still off season so just a few cars - and the headlight on the bike was more than adequate.  I dont recommend night driving anywhere you aren't familiar and comfortable with, including trusting the cars on the road.  I've driven the north shore road a lot.  I don't plan to drive centerline at night except for the return from Coral Bay after Open Mike at Concordia tomorrow night where I trust traffic will still be fairly light at night on December 7th .  I've got a video of the night lighting that I will post when I return to my home studio in the states; I do trust that the bike will be seen in the dark with its german dynamo lighting.